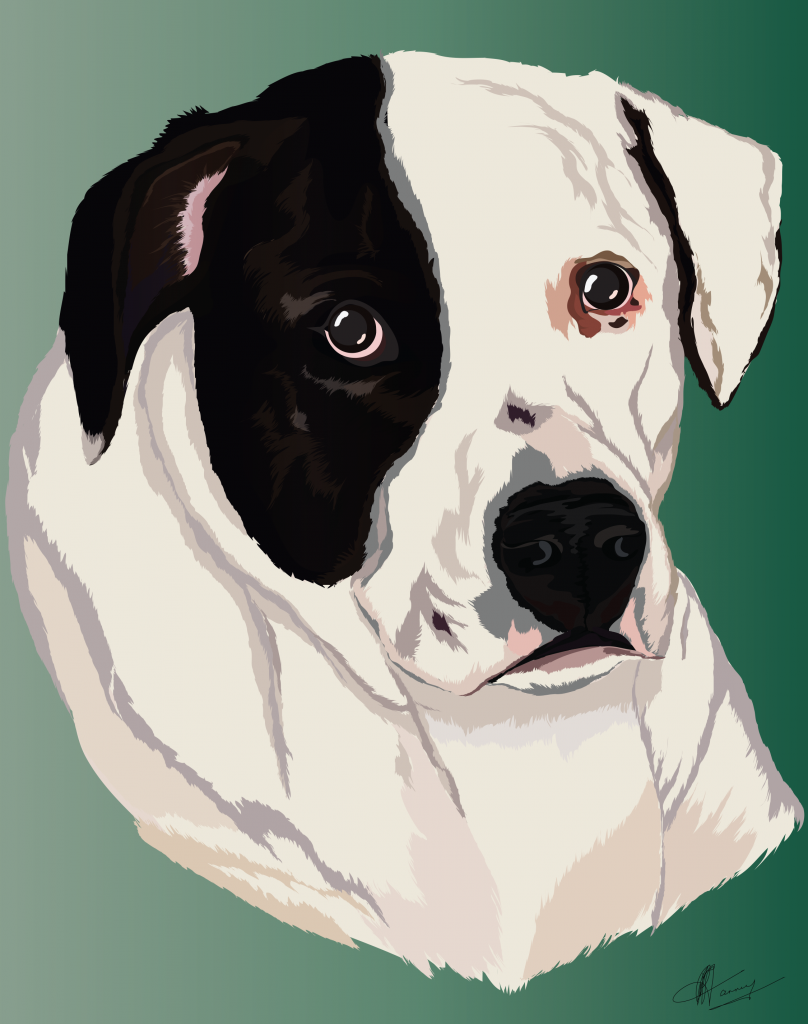 This is the third image of rescued / adopted animals from one family. The images were amalgamated into one of three larger images two ft by three ft. They were eventually individually printed and given to the Humane society to auction off at their largest annual fundraiser the Bow Wow Ball.

This is from one family member; “Bandit came to us when his mother, Cuddles (a stray miniature Collie I adopted to keep Candy company) presented us with 7 cross bred Pit Bull puppies.  Bandit was white with blackish markings, one being a patch over one eye.  He was the perfect Bandit, his face was every bit the comic.  He was so playful, a little devil who loved to play games, steal things then run away with the item.  We could almost hear him laughing.  He was so fun, but very much a guardian.  We had him for 10 years.”

Angel was one of the most beautiful, sweetest dogs ever.  As a young dog she was abandoned in a bus...

A client wanted a packaging design for a live animal trap. I did up this animal to represent one of ...

I also shared this image with the humane society so that they could auction it off at their largest ...

A client had requested an image of her own pet to be drawn as a Father's Day gift for her Husband....