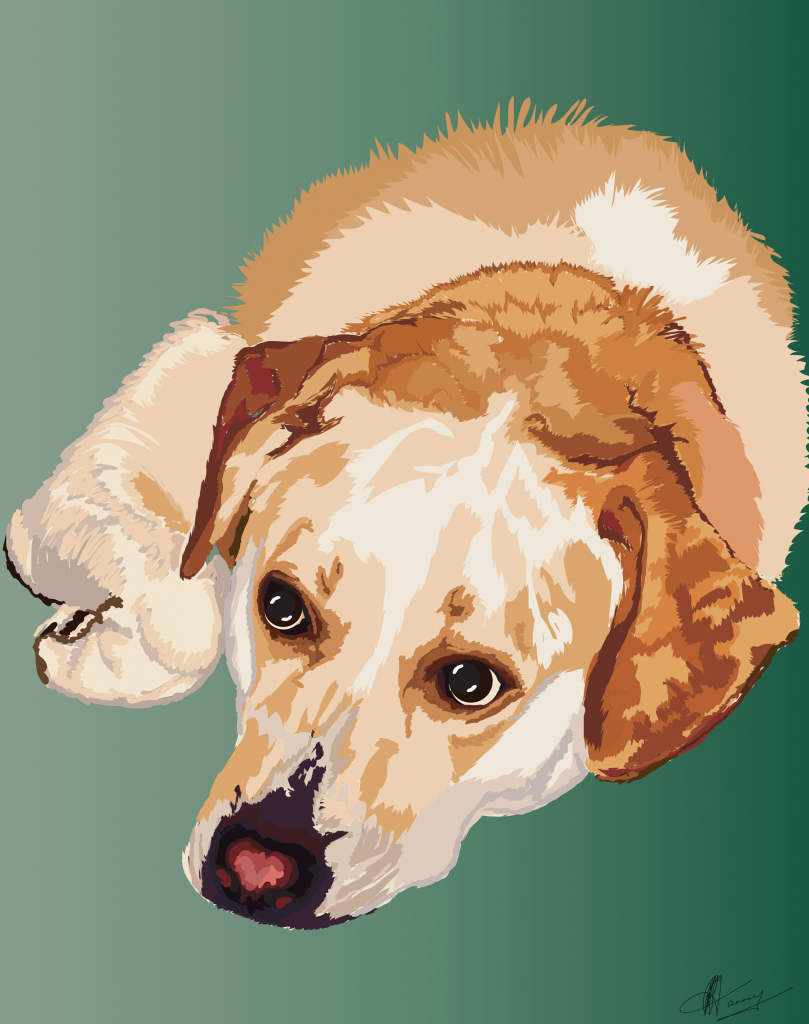 This is the second image in a set for two projects: Mother’s day and Father’s Day. All images are of rescued / adopted animals which is the epitome of the Humane society. The images were amalgamated into one of 3 images and then individually printed for the Humane society to auction at their largest annual fundraiser “The Bow Wow Ball.

This is from her family member: “Boomer also came to us through Cuddles, he was Bandit’s litter mate.  Boomer was just a little love bug.  He loved to cuddle and play.  He climbed into our waterbed at night and snuggled up under the covers and we never knew he was there until morning.  He had a real big boy bark but was pretty low key preferring to take a back seat to Bandit and Candy.  He developed Canine Diabetes when he was only 6 years old and became completely blind.  Life for him was very difficult after that diagnosis and we only had him for 6 years, six months and six days.”

I also shared this image with the humane society so that they could auction it off at their largest ...

Candy was a purebred German Shepherd who was found wandering in the ditch just north of Winnipeg....

This is an image done for a client who has an aging golden retriever. They wanted to get an image do...

I wanted to surprise a friend for her Birthday. I found an image of her dog and produced a hand draw...